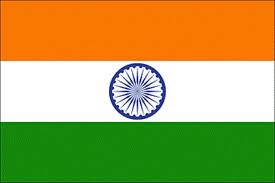 The National flag of India is a horizontal rectangular tricolour flag.

Being a national symbol it is respected by every Indian . There are certain dos and don'ts laid down for common people regarding Indian flag

According to flag code of India citizens of India did not had the right to hoist the Indian flag except for some important days like Republic day, Independence day and Mahatma Gandhi's birthday. A renowned industrialist Naveen Jindal challenged this in the court as when he hoisted the flag on his office building he was told not to do so as it may be taken as a breach of code of Indian flag. Then he lodged a PIL (Public Interest Litigation) in the court now the decision of the court is pending in this regard but a temporary permission has been granted to Indian citizens to hoist the flag on any day but in a respectable manner.